So as I've said before I am part of an inspiring group of ladies over at Bits Of Goodness.  We swap natural (Waldorf-inspired) goodies.

The latest swap was a Travel Swap.  I know the idea was to make a useful toy/treasure for while the kids are in the car/plane/train...but I instantly thought about motion sickness.  Ha!  I thought I would create an herbal remedy mama could have on hand if their little one starts moaning of a tummy ache.

I've made a remedy called MOTION before that was pure ginger.  It's a bit on the spicy side for children though.  I came up with a blend using ginger, lavender and yarrow that is not only tasty, but truly works to ease the queasiness.  It also helps to soothe upset tummies due to stress/anxiety.  I used vegetable glycerin as the base, making it easy to go down! 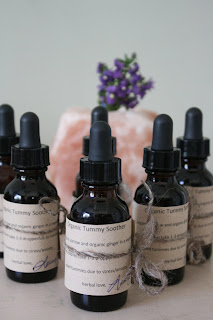 Organic Tummy Soother
1-3 dropperfuls as needed for children (and parents too).
Eventually it will be in my Etsy shop...yeah...eventually! 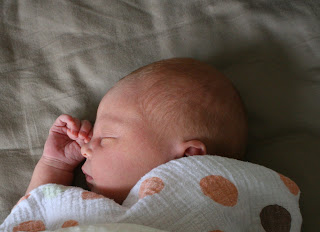