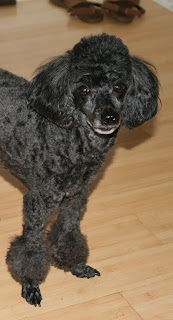 Here's our toy poodle, Savage.
Isn't he cute?!?
He's 6 years old and a big part of the family.  He's remarkably tolerant of the children, he just doesn't like to be picked up by them!
Lately it's as if he knows there's going to be another baby soon.  He's been totally attached to me.  He's probably worried about getting kicked out of the bed.  He sleeps next to me every night...he's like a little heating pad.  When a new baby comes though he has to sleep on the floor or over on papa's side.  This does not make him happy.  He gets over it though and I just make sure to give him lots of attention and cuddles during the day. 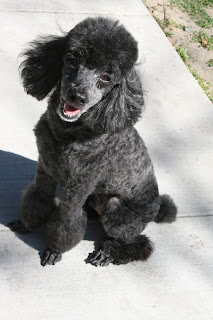 I like to let his hair get all fluffy, but it's harder to keep clean and mat free, so he often gets his traditional poodle cut.  He's a fancy circus dog like that. 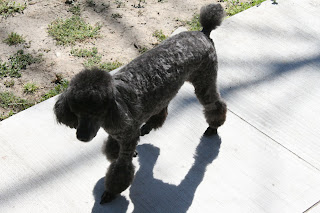 There goes my poody dog - as E would say.

Who are your 4 legged friends?
Email Post
Labels: dog