So here's the recipe for those yummy Earth Balls we made yesterday on Earth Day!
We've made these many times and they're pretty adaptable to whatever you have in your kitchen.  At the end of the recipe I'll give you some alternate ways to make them that we've tried before. 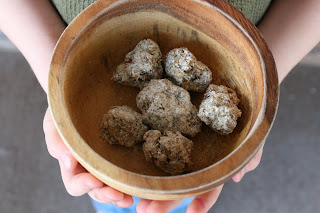 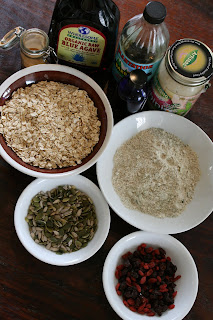 Gather all your supplies and a few damp cloths.  This is a messy recipe...seriously.
Combine 1/2 cup of the ground oats and 1/4 cup ground pumpkin seeds and set aside.  In a large bowl combine the rest of the oats (2 cups whole, 1/2 cup ground), pumpkin seeds, sunflower seeds, raisins, gojis and cinnamon. 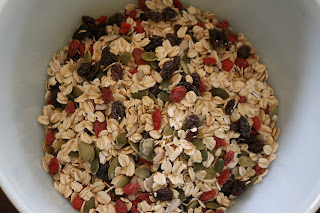 Then add the tahini, agave, molasses and vanilla. 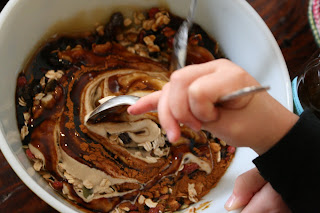 Stir to combine until everything starts sticking together and looks like this: 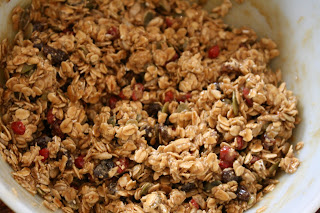 Then dampen your hands and using a spoon as your scooper, press the dough into little round balls.  You have to press hard and kind of squeeze them together...as I said...it's messy, but fun!
\ 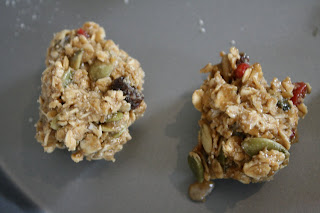 Then drop the balls into the ground oat/pumpkin seed mix and toss to coat the balls. 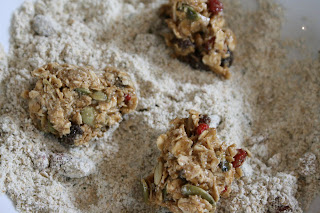 Place balls on a cookie sheet or plate and pop them in the freezer for a few hours to harden. We keep ours in the freezer in an airtight conatiner and eat them straight from the freezer.  The fridge works fine too, but we like them extra cold and chewy.
There are many different ways to make these.  If you're not a tahini person simply substitute almond, cashew, or peanut butter.  The raisin/goji mix can be substituted with 1/2 cup of any dried fruit, sometimes we use chopped dates instead.  The agave can be replaced with maple syrup or honey if that's what you've got.
After we made these F wanted to "create" her own recipe. 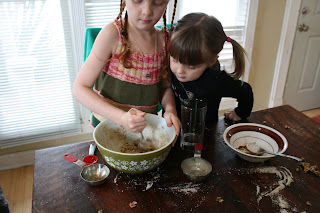 So she used the leftover supplies and made Earth Milk. 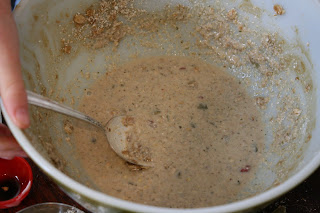 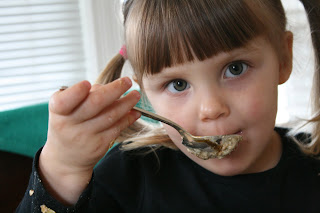